With the recent heat wave Oklahoma just experienced and with August upon us, leaking roofs are not on the forefront of homeowners’ minds. However, sometimes the intense heat can be more detrimental and cause more leaks in a roof than a storm can. What makes heat damage so tricky is that it can cause a leak in the “dry” season that will go unnoticed for months, and it will gradually get worse until the day the floodgates open. Fortunately, Sparrow Construction’s highly trained and skilled staff have the ability and knowledge to address the issue quickly and correctly. To read the rest of the article and see how Sparrow Construction handles leaks and other roofing issues, click here.

The first and most common way heat can cause a leak in the roof is by warping the rubber pipe jack boot. A pipe boot is a type of roof flashing used around plumbing exhaust pipes that exit through the roof.  Pipe boots for asphalt-shingled roofs typically come as either plastic boots with a neoprene (rubber) gasket, designed to fit snuggly around the pipe or as lead pipe flashings that cover over the top edge and tuck into the pipe. Though there are many other pipe flashing options such as lead, plastic pipes with a rubber boot is the most common combination for residential roofing in Oklahoma.

Pipe boots being used by many roofers in Oklahoma these days have a huge problem.  The rubber seals that are meant to act as a gasket around plumbing pipes are dry rotting during the intense summer heat and falling to pieces. When a homeowner contacts us with a leak issue, 4 out of 5 times the leak is occurring around the pipe boot.  Another common problem with plastic boots due to intense heat is that the actual boot itself can start to curl at the bottom edge and pull up and away from the roof.  This curling causes nails to pull out of place and can cause roof leaks as well. These pipe jack issues are universal, regardless of the cost and quality of the roof itself. Even if the roof has ten or thirty-year shingles, neoprene pipe jack boots usually last about 5 years.

Pipe jacks are not the only aspect of a roof that can be damaged by the intense summer heat. It is not uncommon for the sun’s heat to cause cracks, bumps, and other signs of damage to your roof’s surface. Commercial roofs tend to be tougher than shingled roofs, but the sun still takes its toll on even the toughest of materials. Damage to a residential roof is much more noticeable than damage to commercial roofing. It shows in the form of discoloration, cracks, and curling in the shingles themselves. While this does not always lead to leaks, water is more likely to get under heat damaged shingles and seep into the underlayment and decking, rotting and warping them respectively.

When the temperature is above 95 degrees for a whole week, and the entire state feels scorched leaking roofs are not at the forefront of most people’s minds. However, during this time is when the pipe boots are most vulnerable and the holes that will give the home leaks in the winter, form. The only way to combat heat-related leaks is to catch it early on when it is still able to be fixed easily. Thankfully, during the complimentary roof inspections that Sparrow Construction provides, our incredibly vigilant team is thorough enough to keep a specific eye out for heat damage and potential leaks, so they can be addressed as soon as possible. 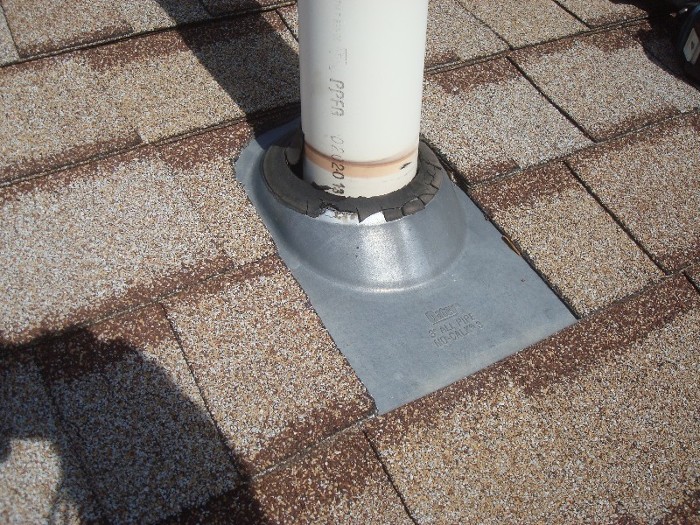